How To Shoot The Last Pin Standing In Bowling

You are here: Home / Tips & Advice / How To Shoot The Last Pin Standing In Bowling

It has happened to all of us many times that after a great shot, one of those in which rhythm, balance, and release are great, in which the ball runs on the track where we want and hit hard the pocket, the bolus 10 (or 7, for left-handed) does not fall. It stands, laughing at us, challenging us. The bolus 10, the bolus 7, the boluses of the corners, the greatest enemies of the novice player.

It is the bolus that creates the most problems. Both because it is the most difficult to finish off for a new player, and because it hurts especially that is, to be a shot -relatively- well done. Generally, when we are left with any bolus of the final zone (7-8-9-10) touching the pocket, the shot has not been bad.

Surely a bolus 8 or 9, and even a bolus 7 in a short shot or a powerful shot hurt more than 10 (always for right-handed, for left-handed is exchanged 10 for 7), but this, because it is the most frequent, is the most tormenting.

Why does the pin 10 stay and what can be done to avoid it?

Without a doubt, we will not always be able to knock it down, no matter how well we throw it, but, by means of some adjustments or tricks, it is possible to reduce the frequency with which it is left standing.

The first thing to know is that there are two types of bolus 10 (7) that can remain:

What are the differences? In the terminology inherited from the Anglo-Saxon world, it is known as solid 10 (also valid for any loose bolus of the fine line) to the pin 10 that remains despite throwing a very good ball that aggressively breaks the pocket.

On the other hand, the soft 10 bolus is a classic. It happens when the ball also hits the pocket but with much less force, with little punch, even marking, sometimes, also the bolus 8. The shot goes to the site but is not good, so the complaint, in that case, can not be very big.

Let’s start with the first one.

This type of bowling remains when the ball hits the pocket with “too much force” or “too much” angle. Too much does not have negative connotations, it is simply an angular assessment.

The shot, in fact, is quite good, even if not all of them fall; simply, the final punch of the ball is excessive. Leaving a bolus like that once in a while is not a bad thing. Even leaving it repeated could be a symptom of being shooting well and in a good area of the track. But in a tournament, we can’t afford to sacrifice plenum, no matter how good we are shooting.

To solve it, as strange as it may seem, what we could do is look for our shot to be something “weaker” in the following ways:

– Moving into the starting position in the approach a few centimeters backward. This adjustment would force us to walk a little faster, achieving an acceleration in all the movement and getting more speed in the shot. That way, the ball will have less friction on the track, it will start spinning a little later, it will slide more and, therefore, the entry angle will be less pronounced.

– A more classic setting – and one to which we are more accustomed – is to move a couple of boards to the left (to the right the left-handed) looking for the same reference on the track. With it, we modify the angle of the shot, and the ball, if it follows the same trajectory, will hit a little less or will tend to be something shorter, but with a satisfactory power.

– Adjusting the loft: throw the ball a little closer on the track. Instead of leaving it where we always do, we’ll try to project it a little less. This will make it start spinning earlier, hold longer on the court and the punch will be the one we want.

– We could also, although it seems illogical, look for the opposite adjustment. That is to say, to throw the ball more inside the track, with what the ball will begin to turn later, it will cross less track and the hit, although strong, will be later, reducing the angle of penetration.

– It is possible to modify the release of the ball a little, allowing our hand to remain more time behind and being the release is less lateral. In certain conditions, this can reduce the punch to the desired.

– Or we can try something much simpler: change the ball and look for one that has less punch.

This type of 10 is given when our hit in the backend is weak. The ball, somewhat fofa, gives to the pocket, but the bolus 3, in charge of knocking down the 10 (or the 2, in charge of knocking down the 7 for left-handed), surrounds it and ends up in the lane without fulfilling its function. What we need to get the strike is the opposite of the previous case: we want a ball with a stronger punch and a more aggressive angle.

Some of the possible adjustments to achieve this are the following:

– Move a couple of tables forward in the approach, so that our walk will be slower, the swing shorter, the smaller pendulum, the speed will decrease and we will increase the hook (curve). The ball will roll more and hit harder.

– We can move a couple of tables to the right (left the left-handed) approaching the rail, but keeping our reference shot, so the ball will hit harder to reach the pocket.

– Throw the ball further into the lane. That will make that, to have less contact with the track, the ball conserves the energy until the end and the hit is very strong.

– Change the type of release, so that, besides keeping the hand behind (or under) the ball, we can give more lateral turn. This added rotation will give us the punch we want.

– As in the previous case, the simplest adjustment will be, however, to change the ball, choosing one with more punch or that produces more hook.

Obviously, not all the tips are valid for all cases, nor will they be useful for all players. Each will be better suited to the style, consistency, and preferences of each player and the oil pattern of each tournament.

On the other hand, depending on the tracks, sometimes it will be necessary to combine two or more of the tips. Not all are possible, but the article aims to be nothing more than a small contact with the complex world of adjustments. 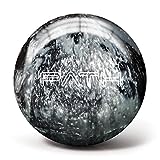 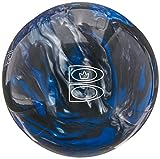 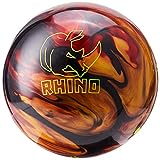 Simple Tips For Better Bowling
Next Post: Ways of throwing the ball correctly in bowling 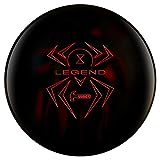 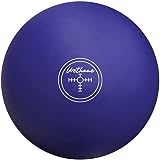 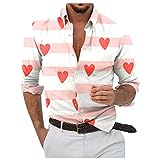 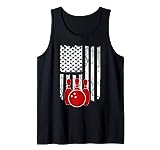 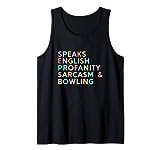 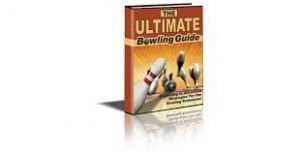